2014 marks a big format change for the Modern Street HEMI Shootout.  We have always prided ourselves in being a heads up racing series, bringing something that you can’t find at tracks these days.  As each class progressed through the years it became obvious that we could not keep up with the complexity and still maintain a somewhat level playing field.  After several months of work the MSHS rules committee took the plunge and decided on a reorganization.

The series is still fundamentally a heads up class on a .500 pro tree as years past but now most classes will be ET based/restricted.  Our hardcore top dollar builds will still have their classic heads up, run what ya brung, classes available in Unlimited and Super Pro.  The rest of the classes, even though they are not as quick have been the most difficult to control.  To simplify all the drama, we now have ET restrictions for those classes with virtually no other build rules.

Gone are the one man show points races, this year will be controlled by skill rather than dollars.  We will see super charged and turbo charged cars lining up against heads and cam cars that have used old school weight reduction competing in the same classes.  We will see rookie racers smiling at the chance to win regardless of their cars horsepower level.  We will see strategy reign supreme over the monster track car.  Or will we?  It is anyone’s game this year, no excuses, just drive!!!!

Look for all of the rule changes and class breakdowns here: 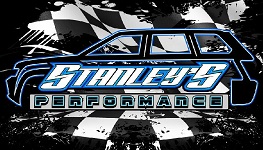